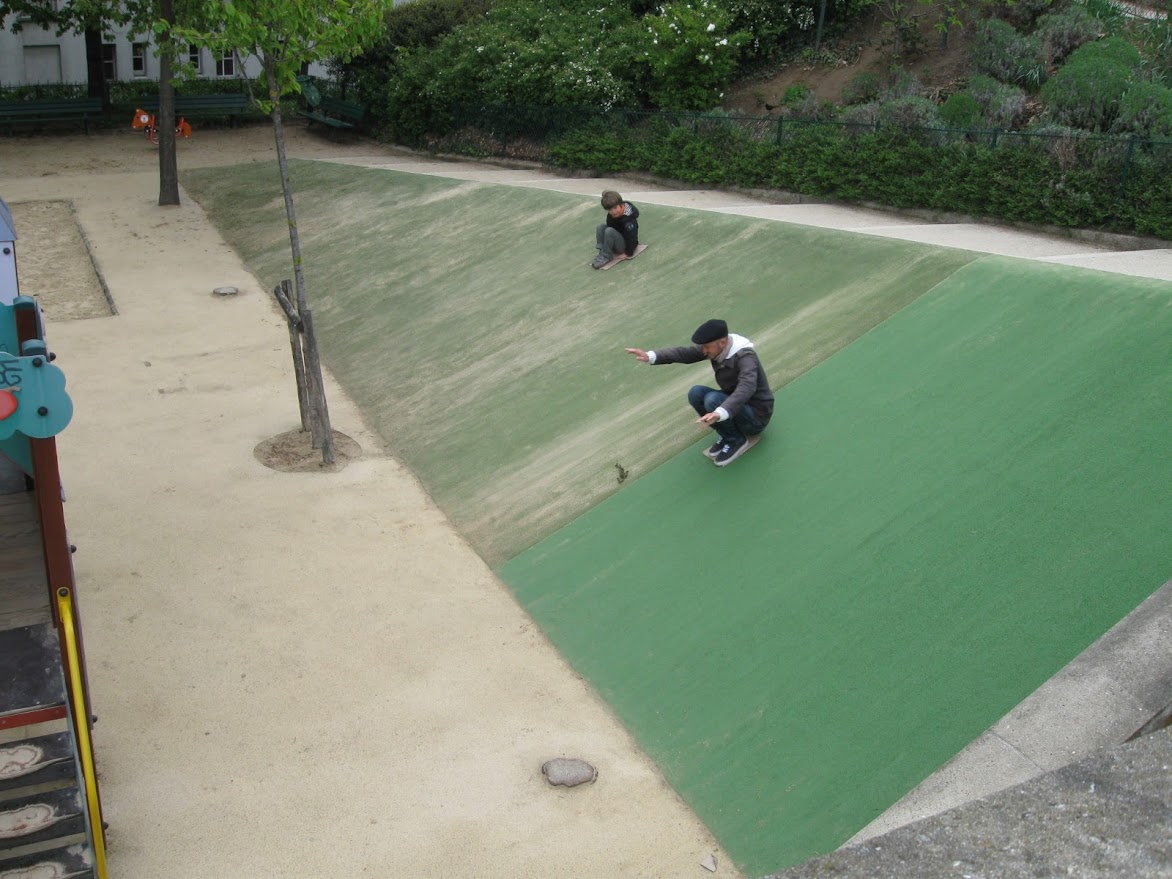 In the last chapter I described the role of the mother-child relationship during the first year of infancy. Naturally, the principles of these relations remain significant subsequently, but when the child begins to walk and talk and interact more independently with the outside world, these principles must be supplemented and expanded. Taken at its widest, the basic task of bringing up a child is to teach him to exist fully and independently in the world, for him to get pleasure out of this and give pleasure to others by the fact of his existence. And it is much harder to carry out this task successfully than it is to formulate it.

A child’s first steps in the world are accompanied by big challenges. He enters into new relationships, especially with other people. They are unknown to him, arousing caution and fear. He embarks on these relationships without enough experience to protect himself. The mechanisms of adaptive behaviour are not yet sufficiently developed and have not yet been trained. His search activity, which is so important for normal development, for overcoming obstacles and also for survival, is still embryonic, its biochemical and physiological foundations are not fully formed. In these conditions, it is much easier for a child to retreat, renounce search behaviour and exploring the world, than to take the risk of developing awareness.

At this stage, the parents’ basic role is to help a child overcome his natural fear, remain steadfast in the face of difficulties and allow him to experience the first joy of overcoming them actively. For this, the parents need to be there, always showing they are ready to help in case of need, but in no way taking the initiative away from the child and trying to remove all the obstacles and substituting for him, as it were, in resolving his life tasks, which look so petty and insignificant from our grown-up perspective but are so big and important for a child.

Being an intermediary between a child and the world does not mean fetching and carrying like the genie in Aladdin’s lamp. The simple presence of the parents, their moral support, their love and encouragement help a child to cope with fear and indecision and to act. Every such action, following the law of positive feedback, is a launch pad for the next as a child gains in confidence. But until the feedback becomes dominant, parental love and support, the confidence they show that he will be successful are an absolute must for normal development. This support helps a child overcome the initial tendency to passive-defensive behaviour on encountering difficulty, overcome the reaction of capitulation, which is natural and biologically determined at these early stages of development when the mechanism of active search behaviour has not yet developed.

The reward-stimulus role of interaction with parents is also to be found in higher animals. If a young monkey is forcibly separated from its mother in the period between 3 and 7 months’ old, it will develop a whole complex of behavioural disorders in a definite sequence. First the infant monkey will develop signs of increased emotional disturbance. It shrieks, tries to break out of the cage, tries to find its mother. When it realises that the search is useless, it falls into apathy, refuses to eat, stops engaging with other monkeys and won’t play. This period of apathy lasts a long time and can be accompanied by somatic disorders (hair loss, skin and duodenal ulcers, raised blood pressure and so on). It also has a retarding influence on the animal’s further development. Later in adulthood, a monkey that has experienced this kind of stress will remain passive and dependent, show signs of fear at any change in its living conditions, avoid social contact with both peers and the experimenter and is even incapable of normal sexual relations with a mate of the opposite sex. Interestingly, no amount of attention and care either on the part of the experimenter or other monkeys can eliminate the negative consequences of separation from the mother. They are no substitute for physical contact with the mother, though care from another female may make the syndrome somewhat less pronounced. We may conclude that separation from the mother at a certain critical age can entrench non-adaptive behaviour of the renunciation of search type.

A very similar end result can be achieved, however, in the case of exactly the opposite behaviour by parents. If family members rush to carry out a child’s every wish even before he has had a chance to express it fully or almost certainly before he has tried to do it himself, then in these circumstances active search behaviour is simply redundant. Search behaviour, consequently, fails to develop.

A pronounced tendency to capitulation, to renunciation of search at an early age is very significant in one other respect. If an argument between the parents or other close family members develops in front of a child, even if it happens only occasionally and is short-lived, a child frequently reacts to this kind of stress by the only means available – tears, despair, panic. Repetition of this reaction strengthens it. The parents, instead of helping their child develop active and constructive behaviour are assisting the development of destructive and regressive behaviour. In child-rearing folklore there is a widespread belief that you shouldn’t try to stop a child crying, that left to himself he will calm down in his own good time. He will indeed do so, eventually. But he will be left with a feeling of helplessness, that he lacks any kind of support from those near him. It is not hard to imagine what this might lead to later on.

Freud was the first to suggest that parental arguments in early childhood become a deeply buried source of later psychological pathologies. One of the real mechanisms of the development of this kind of pathology is the fact that psychologically traumatic conflict generates and reinforces the reaction of capitulation, which is both typical and  natural in infancy. After all, the conflicting parties, and the cause of the psychological trauma, are the very people who are closest to the child, the people who should, in normal circumstances, help him replace passive-defensive with active-defensive behaviour.

It’s not just moral support from parents that helps the formation of active search behaviour. The personal example of their behaviour does, too. A colleague of mine grew up in a comfortably off Jewish professional family. His father was a professor of medicine, while his mother taught at the main institute in Moscow for the professional development of medical practitioners and was considered one of the top specialists in her field. At the end of the 1940’s, when Stalin launched his anti-cosmopolitan (anti-Semitic) purge, the father was stripped of all his academic posts and could only find work as a department head in a small local hospital. He was not allowed to teach, though he was an outstanding lecturer and this kind of work meant a lot to him. His research opportunities were considerably diminished, his life became unfulfilled and, judging by my friend’s story, his father’s joie de vivre evaporated, his interests narrowed, he fell into something like a depression. He did not even make an attempt to create some kind of alternative to the opportunities he lost. Now I would say that we have here a prima facie case of renunciation of search, and in a few years this basically healthy and relatively young man (he was not yet fifty) developed pancreatic cancer and endured a slow and painful death. Meanwhile, at the beginning of the 50’s, in Stalin’s final act of paranoia – the so-called Doctors’ Plot, in which leading Jewish medical specialists were accused of conspiring to murder Soviet leaders, his mother was also fired. The screws had by now been tightened right down. His mother was placed on a Health Ministry black list, and she could not find work of even the most mundane, routine kind. Their few remaining resources were dwindling rapidly.

In these desperate circumstances, the mother showed extraordinary courage. She acted in a way her son would never guess she had lost her job. She felt, with good reason, that if he found out about her misfortune on top of his father’s terminal illness, he would not be able to stand a double blow, he would have a breakdown and have to give up his studies. Every morning his mother would pretend she was off to work, and leave home for the whole day. At first she still tried to look for work, but when she realised this was useless, she would simply wander the streets, sometimes in tears, or sit in a library. But despite her inner despair, she always went home bright and perky as usual, asked her son what he had done at school, bustled about the home, and made sure when she was on the phone with her friends she spoke in such a way her son would never find out what had happened. Several months passed. Stalin died. The Jewish ‘killer doctors’ were released. Soon after she met an acquaintance on the street who told her that times had changed and she should try asking for her job back. She was one of the first in Moscow to be reinstated, she worked till she was 73 and died when she was 88. My friend’s father died at the age of 51.

Here we have two models of behaviour, only one of which can bring success and, at the minimum, preserve health. But it forms the behaviour of a child by force of personal example, the most convincing of all. When in later life my friend encountered situations that seemed hopeless, he always asked himself what his mother would have done. And the memory would spur him to new efforts in his struggle.

We should never forget that our task is to hand our children over to the world fully equipped with all their spiritual powers, and our moral support and own behaviour play a decisive role in this. 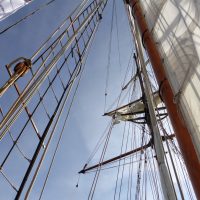 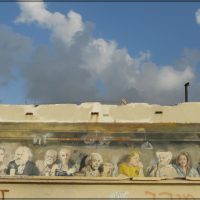 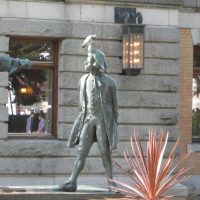 1. DEFENCE AGAINST THE CLEVER OR A CLEVER DEFENCE 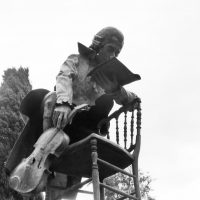