The splitting of the brain by Professor Sperry and his colleagues revealed significant differences in the way the two hemispheres worked. It was obvious that functions were distributed between the hemispheres, but the most important question remained unanswered: is there some fundamental principle behind this distribution? Is it possible to suggest a concept which would describe the difference between the hemispheres not on the level of individual phenomena, but on the level of theoretical generalisations?

The first explanations seemed self-evident and flowed naturally out of experimental observations. It was supposed that the left hemisphere is responsible for the perception and production of speech, and also mathematical and abstract symbols. To the right hemisphere was ascribed the processing of  images and other non-verbal information. It quickly became apparent, however, that this approach led to numerous contradictions.

And so, a simple division between words and images does not explain the functional asymmetry of the hemispheres. We need a different approach.

A very productive suggestion then followed: it is not so much a question of what information is processed by the brain, as how it is processed.

The first hypothesis along these lines ascribed to the right hemisphere the capacity for simultaneously ‘grabbing’ and synthesizing very diverse information (‘simultaneous processing’), while the left was thought to proceed step by step from one item of information to the next, which allows for systematic analysis. The ability to perform integral, holistic perception of aural, visual and tactile information is, indeed, the property of all the structures of the right hemisphere. Many facts supported this hypothesis, but one experiment performed by American psychologist Dr. John Polich necessitated the review and revision of this idea. Dr. Polich showed that if all the elements of  information are pretty identical or the differences between them are readily identifiable and they can easily be expressed as a formula, then the left hemisphere is quite capable of processing all these elements concurrently, simultaneously and even faster than the right hemisphere. However, if the image is sufficiently complex and does not have well-defined and easily-formulated distinguishing features (like photographs of ordinary human faces, without any idiosyncratic and unusual distorting features), then the right hemisphere really does have the advantage in terms of the speed and sophistication with which it processes the information.

In the light of these findings I made some adjustments to the concept of how the hemispheres employ different strategies in processing information. According to my concept, the difference between the hemispheres consists in different methods of organising the contextual link between objects and phenomena.

Long ago philosophers and scientists both decided that nothing in this world exists in isolation, without connections with other objects and phenomena. These connections may be stronger or weaker, more or less diverse, but they always exist and define the dynamism of this world, both the physical world and the world of human relations. Under natural conditions these connections are rich, complex and frequently capable of mutual contradiction, so creating the prerequisites for ambivalent relationships (attraction and repulsion, love and hate, etc.). The character and specifics of connections frequently define the way we understand one or another object or phenomenon. A single object – an apple – has very different connotations depending on whether it is one we see on a plate in front of us, attractive and appetising like in a painting by Cézanne, or the apple balanced on the head of William Tell’s son and he must split it with an arrow without hitting the boy, or the apple that Eve offers to Adam, or the apple that fell on Newton’s head. The difference is determined not by the properties of the apple, but by the nature of the interconnecting links, real or potential, including imaginary, with other objects and phenomena. For human beings, living as they do in the context of a particular culture, the role of such associative links is especially great, and they can co-exist simultaneously, intersecting frequently and making the picture of the world extremely rich and polymorphous. That is why in my concept I paid special attention precisely to the interactivity, the connections between objects and phenomena.

According to this concept, from all the abundance of real and potential connections the left hemisphere chooses those few  which are not internally contradictory, not mutually exclusive, and on the basis of this handful of connections creates a context with an unequivocal or monosemantic meaning. A fine example of such a context is a well-written science textbook. This context is based on the assertion of monosemantic causal relationships between objects and phenomena. An unambiguous, monosemantic context enables people to achieve complete mutual understanding in their activities, and hence the formation of this context is so closely connected with speech. An absence of ambiguity also enables logical analysis of objects and phenomena, sequential progress from one level of enquiry to the next. In the process, all other connections which might complicate or muddle the picture, make it less definite or, God forbid, internally contradictory, all such connections are ruthlessly cut. Such a picture of the world, trimmed to size by the machinery of logical thought, is no longer a picture in the full sense of the word, but a model, a model, though, which is easy and convenient to use. All school education in Western civilization is devoted to forming a monosemantic context as rapidly as possible, to developing left-hemisphere thinking.

The task of the right hemisphere is the direct opposite. It ‘grabs’ reality in all its richness, with all the contradictions and subtleties of its connections and forms a context rich with multiple meanings. The dreams of healthy people are a fine example of this context. I love this example because it speaks to the inner experience of each and every one of us. We are probably all familiar with the feeling of helplessness when we wake up after a vivid dream which has strong personal significance for us and then try to re-tell it, to say what we feel about it. We are always surprised to discover that, though we might remember all the details quite clearly, something vital goes missing in the telling of it, not only for our listeners, but also for us, too. What we are able to express in words is only a pale shadow, a skeleton of what we actually saw. And it isn’t because we lack words, but because we are incapable of conveying in words the polysemantic context formed by the abundance of intersecting connections between the individual images. Speech, at least non-poetic speech, is in principle not designed to convey and express such a context, because it is constructed according to the laws of left-hemisphere thought. It is for this reason that ‘a thought spoken aloud is a lie’.

The same applies just as much to describing works of art. Try conveying your impressions of a picture or film that has made a really deep impression on you. No matter what you say, it will always be a weak approximation of what you wanted to express: the polysemantic context of art with its multiple meanings can only be conveyed through the polysemantic context of art. Finally, it is exactly the same with trying to describe feelings and personal relationships, which in normal, psychologically healthy people are always polysemantic.

Both hemispheres perform equally valuable functions. The left hemisphere simplifies the world so as to be able to analyse it and, consequently, influence it. The right hemisphere seizes the world as it is, and in doing so overcomes the restrictions imposed by the left. Without the right hemisphere we would turn into highly developed computers, calculating machines, making vain attempts to adapt a complex and fluid world to their limited programs. All efforts to create artificial intelligence have so far been rather unsuccessful precisely because the authors of these programs have seen the brain as one big left hemisphere and tried to replicate that. This is partly because the specialists creating artificial intelligence are overly left-hemisphere thinkers. And this, to end this chapter, leads into a very instructive story  that happened many years ago in Tbilisi, Georgia, at the first symposium in the Soviet Union on artificial intelligence.

The symposium’s organisers were enthused by the idea of artificially recreating the human brain and were close to achieving their dream, they thought. They invited one of the top physiologists of the time, a specialist in the natural brain, Academician Ivan Solomonovich Beritashvili, and unveiled the thrilling prospect of modelling the brain and revealing all its secrets. Ivan Solomonovich listened carefully in silence. At the end of the symposium, the enthusiastic computer scientists wanted to know what he thought. Academician Beritashvili’s reply, to my mind, was pure genius. “I am old”, he said. “When I was a young man, back before the revolution, a lot of pornographic novels were being published. The thing they had in common was that they were written, on the whole, by old maids, whose lurid fantasies were not held in check by personal experience”.

Meanwhile, each one of us has personal experience, won in the process of individual development. 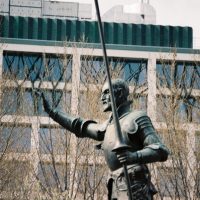 5. THE PHILOSOPHY OF ILLUSIONS, OR WHETHER TO LOOK THE TRUTH IN THE EYE 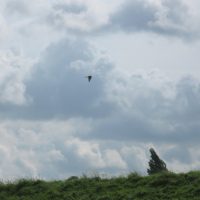 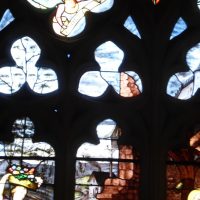 2. WHAT WE DO WHEN WE DREAM